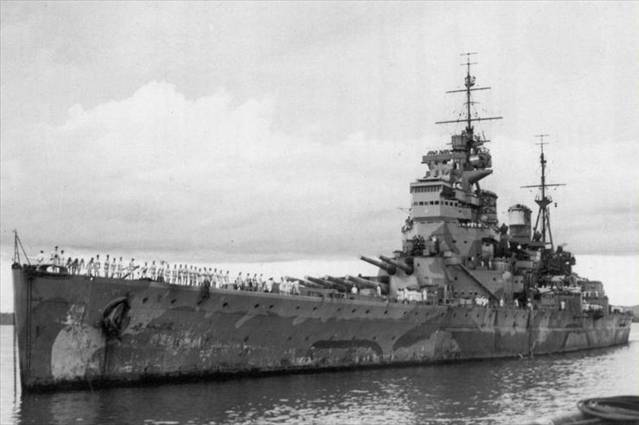 The study is tasked to investigate and report on the generic hazard posed by the munitions now in Royal Navy warships and submarines that were sunk during World War II.

The intention is that this will give MoD a crude measure of priority for any further action.  The study excludes RFAs, minor war vessels  and merchant ships.  So far the battleships and battlecruisers have been studied.  Only five were sunk and above is a picture of one of the most famous examples, HMS Prince of Wales at Singapore in December 1941 just before she was lost, along with the battlecruiser HMS Repulse,  at the outbreak of war with Japan (2 days after Pearl Harbour).